How to Set Up a Beautiful Montessori Bedroom

This post may contain affiliate links. See our disclosure.

Setting up a Montessori-friendly bedroom is really simple. All you need is to provide a safe environment where the basic principles of the Montessori method can be applied.

In this practical guide, we’ll take a closer look at how to do it.

Since many children’s bedrooms serve other purposes besides sleeping, we’ve divided the Montessori bedroom into four areas and we’ll cover them one by one:

The most prominent feature of a Montessori bedroom is a floor bed.

Maria Montessori did not recommend cribs as they do not allow the child to move freely – quite the contrary – the child is fully dependent on the parent.

The typical child’s bed should be done away with as has already been done in many families. The child instead should be given a low couch resting practically upon the floor, where he can lie down and get up as he wishes.

As we can see from Dr. Montessori’s own words, all you need to set up your little one’s sleeping area according to her principles is a simple mattress placed on the floor or a low bed frame.

Although the typical house-like bedframes (also known as the Montessori bed) are very popular and children love them, they are called “Montessori” because they are placed on the floor, not because of their specific shape.

Floor beds have many benefits:

Letting your child sleep on the floor may sound weird at first, but sleeping on the floor is actually quite normal in many cultures.

And there are countless Montessori parents (including us) who wouldn’t go back to traditional beds after experiencing the many benefits floor beds have to offer.

This simple handmade bed frame with removable safety railings comes in 3 sizes – twin, full, and queen. It is made of solid Natural Appalachian Hardwood in Ohio, US.

A beautiful, minimalistic house-shaped bedframe typical for modern children’s bedrooms. It is made of solid poplar wood and has a 1-year warranty.

Linenspa 8-inch mattress consists of an innerspring layer and a memory foam layer. It has just the right firmness for children of all ages, so it’s one of the most popular choices for Montessori floor beds.

Most Montessori bedrooms include a small toy shelf even if the child’s main play area is located elsewhere. The reason is simple – it can help keep the child engaged if he/she wakes up earlier.

The Montessori play area should be a “yes space” – an environment that allows the child to move freely without constant parental supervision.

The key is to make sure the place is safe from any hazards. This way, you can rest assured that the child is safe even if they spend a couple of minutes after waking up (or before going to bed) by themselves.

Here are some practical tips for furnishing the play area:

A play rug is a very practical item in a child’s bedroom. It helps to create a prepared environment and provides a safe and stable surface for babies and toddlers alike.

A low toy shelf is one of the symbols of Montessori classrooms and households. Why? If a child is able to take the toys freely, it promotes his or her independence.

Having a dedicated place for changing and dressing fosters a child’s independence and responsibility for their own choices.

The wardrobe should be easy to access so that a child can pick the clothes they want to wear (of course, you can prepare a few outfits you are fine with).

You can also hang a small mirror and include a shelf for a hairbrush or hair-ties to promote self-care.

Children’s wardrobe is a perfect piece of furniture that helps to introduce everyday life habits such as picking the clothes, getting dressed or taking care of the clothes.

This great shatterproof mirror can be used both in a horizontal position (for babies) and a vertical position (for older children). Wide feet provide stability and can be easily re-attached.

Reading nook is another popular feature of a Montessori bedroom.

All you need is to create a small, cozy area that will be dedicated to reading. You can use a soft rug, cushions or a “reading tent” to make the place more comfortable.

Reading is a perfect activity for the bedtime routine because it helps the child to calm down before going to bed. And older children will also happily spend some peaceful time reading right after waking up.

Unlike a classic bookshelf that only shows the spines of the books, the forward-facing bookshelf shows the whole front covers. It is another example of how children’s environment can be adjusted to help foster their independence.

Maria Montessori observed that children love crawling into small cozy spaces. A small canvas tent can be a great place that will serve as a “reading nook” for your little bookworm.

Sleeping is very important in children’s development, as it is crucial for their mental and physical health.

Besides the environment, there are many other factors that contribute to healthy sleep hygiene (e.g. limiting screen time during the day, consistent bedtime routine, the darkness of the room). For more information on healthy sleeping habits, we recommend this great guide by sleep.org.

We hope this post helped you with creating a Montessori-friendly bedroom and we’ll be happy to hear about your experience in the comments!

Get other great Montessori tips to your inbox!

Subscribe to our free newsletter and stay updated on any new posts from Montessori Up!

(You’ll receive up to 2 emails per month. You can unsubscribe anytime. No spam, we hate it too.) 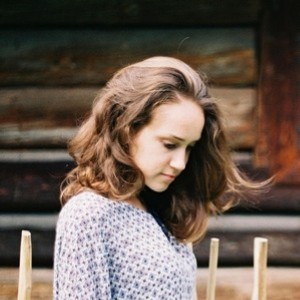 I am a stay-at-home mom who loves sharing practical tips on parenting and fun activities for children. The Montessori method is my compass in the chaos of too many (often opposing) opinions on how to raise a happy child.

Learning Tower: All You Need to Know (+ Best Models)

Montessori Parenting: How to Raise a Child the Montessori Way?

Pikler Triangle: All You Need to Know (+ Best Models)

What Is a Prepared Environment in Montessori? (+ Practical Tips)

Topponcino: What It Is And 5 Reasons Why You’ll Love It

Top 10 Pikler Triangle Alternatives (For Toddlers Who Love to Climb)

Get awesome Montessori tips right to your inbox!

Subscribe to our free newsletter and stay updated on any new posts from Montessori Up!

(You’ll receive up to 2 emails per month. You can unsubscribe anytime. No spam, we hate it too.)